The Casa Batlló is the most creative modernist building of Gaudí and one of the iconic landmarks of the city. The house whici is located in Passeig de Gracia, the main street in Barcelona, was bought by Josep Batlló in 1900 and few years after this hired Gaudí to design the home.

The family opened the house to the public and presented this architectural gem to the world in 1995 and since 2002 cultural visits have also been offered. Casa Batlló includes the Noble floor, where the Batlló´s family lived, the loft, the terraced roof with its chimney stacks and its curious dragon and atrium.

Casa Batlló is a UNESCO World Heritage Site and a must see for those who want to discover Gaudí´s work and modernism at its finest. 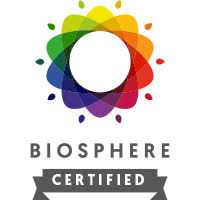